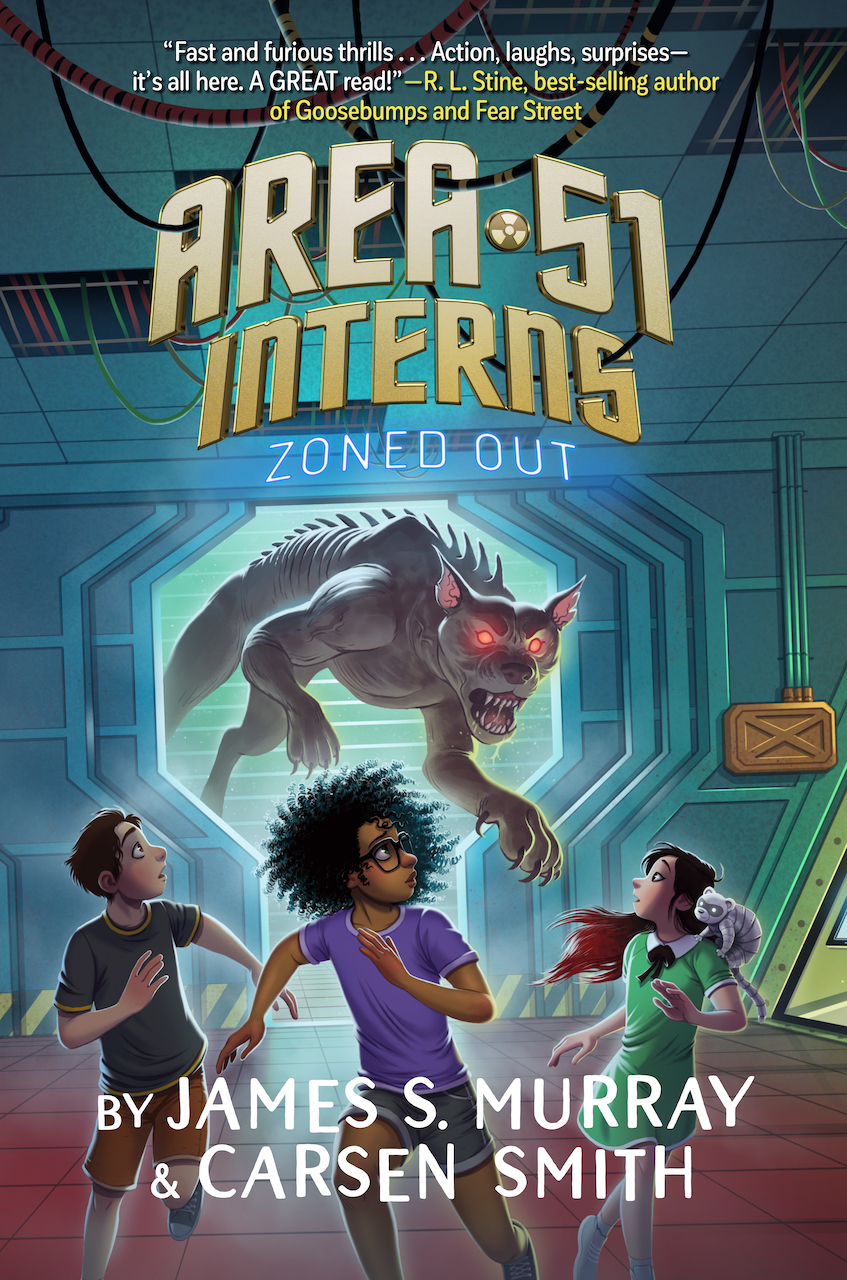 Murr’s brand new hilarious middle-grade children’s book series, AREA 51 INTERNS: ZONED OUT, comes out in bookstores on October 18th. Want Murr to Zoom into your classroom and do a fun Q&A with all the students? Here’s how!

If your classroom orders a total of 30 copies of AREA 51 INTERNS: ZONED OUT (or more), you will receive autographed copies of the book AND Murr will virtually visit your classroom on Zoom (at a time and date convenient to the class & Murr). Regardless of whether every student orders a copy of the book or 1 person donates all 30 to the classroom, both options get you the opportunity to hang with Murr on Zoom. While the book is catered to 4th-10th graders, this promotion is open to any grade level. Murr will answer students’ questions about the book and all things Impractical Jokers!

HERE’S HOW TO ORDER:

If you are a teacher or school administrator, this is where you can sign up to receive your unique ordering link. CLICK HERE TO ACCESS THE FORM. If you are a student or parent, please let your teacher know that you’d like your class to sign up for this, and have them click on the link above.

Within a few days of filling out the form above, our team will email you your classrooms’ ordering link. All orders MUST be placed through that link to receive an autographed copy and have them count towards your 30 orders. The dedicated order link will track all your classroom’s orders automatically. We encourage you to send it to all your students and their families but remind them to only use that link to have their orders count! Once you hit 30 orders, you will receive an email from our team notifying you that it’s time to set up your Zoom with Murr. Any questions, send us an email at info@impractical.tv

WANT MURR TO VISIT YOUR SCHOOL IN PERSON?

To celebrate the release of the book, Murr will be visiting schools in the northeast in person to do a Q&A, sign copies and take pictures with students. If you’re interested in having Murr visit your school in the NY / NJ / CT / PA area, send an email to info@impractical.tv

ABOUT AREA 51 INTERNS: ZONED OUT

From the mind of Murr from Impractical Jokers and co-writer Carsen Smith comes a new hilarious, action-packed series about a world of bizarre creatures, wacky gadgets, and four kid interns at the most interesting place on Earth: Area 51!

After saving their parents from an alien attack and becoming official interns at Area 51, Viv Harlow and her friends Charlotte, Ray, and Elijah are ready to keep taking down bad guys and helping test all the fun high-tech gadgets. Instead, they all get put on filing duty (bo-ring!) and kept away from the real action. When Elijah discovers a secret Forbidden Zone hidden away on the base, the group jumps at the chance to explore the new place, only to learn it’s home to some of the most elusive creatures on Earth. But after the Yeti, Loch Ness Monster, and more terrifying monsters escape, they’ll have to prove themselves to their parents and capture the beasts to save the base!

The debut middle-grade series from Murr of the Impractical Jokers, Area 51 Interns is filled with enough high-tech hijinks, bizarre creatures, and laugh-out-loud humor (plus an extra color insert full of gadgets) to make even alien skeptics hooked for more!